Word from the choice chair: Support for choice stronger than ever

Did you know that there’s an academic chair focused on school choice? ChoiceWords decided to look into this.
We caught up with the man who occupies the chair, Patrick Wolf.

Wolf, Distinguished Professor of Education Policy and 21st Century Endowed Chair in School Choice in the Department of Education Reform at the University of Arkansas, has kept one of the most trained eyes on school choice as it has experienced major growth across the country. 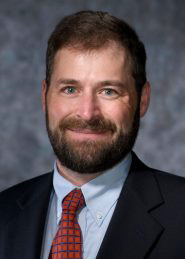 Wolf got into school choice in part because his graduate school mentor was Harvard’s Paul Peterson, another well-known figure in the field. “Once I got involved in studying school choice, I just never let go. It was just such an interesting and important line of research,” says Wolf.

See a bio of Wolf here.

Key takeaways from our chat:

SCW: What trends do you see in school choice?

Wolf: In terms of public opinion, there have been very interesting developments over the last few years. Public support for private school choice is higher than it’s ever been. I think there’s a clear sense that many parents were stuck with their kids in public schools that were not responsive to their needs during the pandemic, and so they’re looking for options and they appreciate that the private schools were a lot more nimble and customer-focused in how they responded to the pandemic. So public support is high.

SCW: What research are you working on now?

Wolf: I have a couple of projects cooking. Some of them are related to the five-year evaluation that I led of the Milwaukee Parental Choice Program a decade ago. We’re doing some follow up research on that, including follow-up studies of the effect of the MPCP on character outcomes, including crime outcomes.

The interesting finding from that study (titled “One or the Other: Parent Religiosity or Private School Choice May Reduce Crime and Paternity Disputes in Milwaukee”) is that we looked at the separate effects of the program on kids who came from highly religious families and kids who came from non-religious families and we found that the positive effect of the Milwaukee Parental Choice Program on crime outcomes was mainly for students who came from non-religious families. The kids who had a strong religious background were likely to avoid crime whether they went to public schools or participated in the voucher programs, but the kids who didn’t have a strong religious background were much less likely to be involved in criminal activity if they participated in the choice program and were educated in a private school environment.

We’re also still looking at the effect of the MPCP on student educational attainment. Our latest findings from that line of research, which was reported in a paper we did for the Urban Institute, is that students who participated in the MPCP in elementary school had received a college degree at a significantly higher rate than their carefully matched MPS peers. If they got a good dose of private schooling in elementary school, when we check back with them 10, 11 and 12 years later, a larger percent of choice kids had obtained a college degree than their comparison students.

Other than that, I’m leading a bunch of former and current graduate students on a meta analysis on the effect of private schooling and school choice on civic outcomes, including political tolerance, political participation, political knowledge and volunteerism.

SCW: It’s interesting that they have a department of education reform and a choice chair at the University of Arkansas. How did that come about?

Wolf: A Democratic state senator named John Brown was the chair of the Senate education committee for many years back in the late 90s and early aughts. He was term-limited out of the legislature and became the director of a charitable foundation called the Windgate Foundation. Basically he felt that when he was in the Arkansas State Legislature, it wasn’t receiving adequate information about how to improve K -12 education.

The Windgate Foundation made a gift to the University of Arkansas of $10 million to establish a department of education reform that would be an ed policy and research unit. That $10 million donation was matched with the university’s matching program so it became $20 million and that established and endowed the department of education reform, including the school choice chair that I sit in now.

Responses were edited for length and clarity.