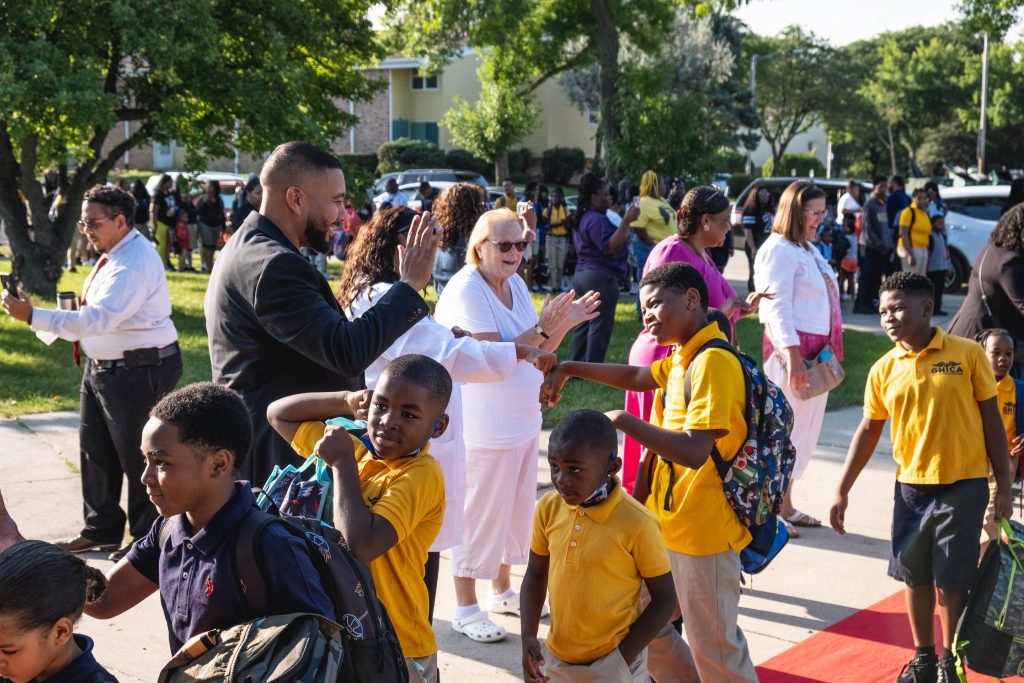 “You’ve got half the community here,” someone shouted at Edward DeShazer as he welcomed students into Greater Holy Temple Christian Academy Thursday. “We want the whole community,” he responded.

Positive energy was in abundance this week as the K4­–8 school held a grand opening of its new home, at 9520 W. Allyn St. in Milwaukee, the former Fletcher Elementary. Uniformed students walked the red carpet Thursday leading into the school to the beat of “Ain’t No Stoppin’ Us Now.” 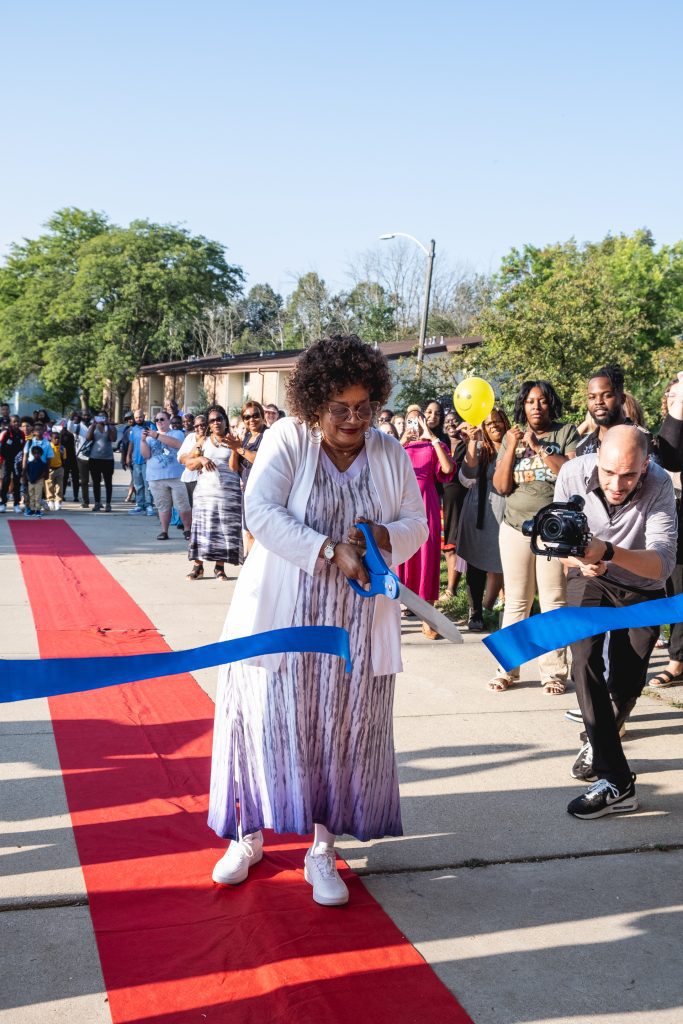 The choice school overcame a snag this week, as the Department of Public Instruction put the brakes on the opening due to a city ordinance requiring speaker strobes on the fire alarms. Most existing schools in the city do not have the part installed, to DeShazer’s knowledge.

DeShazer got on the phone with School Choice Wisconsin President Nicholas Kelly early Saturday morning after the problem became apparent. Kelly rallied the SCW team. The SCW team of Kelly, Carol Shires, vice president of operations, and Jim Bender, government affairs consultant, immediately began calling and working with DPI, city officials and DeShazer to understand what the options were to rectify the situation. After collaborative calls with DPI and the city, the message was clear the school needed the 60 strobe flashers installed per code. All parties agreed they would do what they could to get the proper permits so the

school could open when the strobes were installed. In the end, 60 strobe flashers were secured from another job site and DeShazer’s electrical contractors worked diligently to get them installed on Tuesday for the city inspection.  SCW’s Jim Bender made an in-person visit to the school Tuesday to see that the inspection went well.

With the efforts of all involved, the school was able to open Thursday and celebrate with a high-energy welcome to the children as they entered their new school.

“This was a challenge, but thanks in part to support from School Choice Wisconsin, we were able to get across the finish line,” according to DeShazer, executive director of the school.

The K-4 school has more than 500 students enrolled, who were clearly enjoying their new classrooms as they settled in. The interior of the building has been totally redone, with new walls, finishes and flooring.