Open Sky Education is a quarterfinalist for the Yass Prize 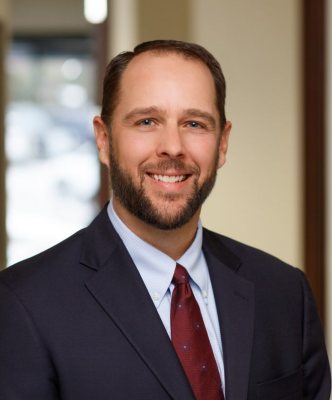 Open Sky Education, of Waukesha, and its newest division Soaring Education Services will go on to the next phase of the Yass Competition. Congratulations!

The $1 million Yass Prize for Sustainable, Transformational, Outstanding and Permissionless (STOP) education is powered by the D.C.-based Center for Education Reform in partnership with Forbes.

Open Sky and 63 other quarterfinalists were announced this week at the Forbes Under 30 Summit in Detroit. The Center for Education Reform will announce the semifinalists of this year’s Yass Prize on Oct. 13. The winner will be announced on December 14 at Forbes on Fifth, in Manhattan.

Soaring Education Services’ application for the Yass Prize included a proposal to launch Christian microschools, said a news release from Open Sky. The proposal highlighted a strategy to expand in Arizona in light of the state’s new legislation that established that nation’s first universal Empowerment Scholarship Account (ESA) program.

This program provides public dollars for families for tuition or other qualified expenses. All 1.1 million students in Arizona are eligible to receive this funding. Soaring Education Services aims to create a model to allow families in Arizona to leverage this new school choice initiative to provide a Christian education for their children.

As a Yass quarterfinalist, Open Sky will receive a $100,000 award to support Soaring Education Services’ mission.

“We are grateful for the national attention this brings to the exceptional work of our team at Soaring Education Services led by Jack Preus,” said Open Sky CEO Andrew Neumann. “It is with the partnership and support of groups like the Yass Foundation that we can continue to scale new forms of Christian education that are accessible and affordable to all.”

Also among the quarterfinalists were Milwaukee College Prep and One City Schools in Madison, which operate charter schools. Congratulations to them!

This year’s quarterfinalists “include some standout public and private educators specifically focused on competency-based education and personalized learning as well as leaders in the ed tech space who provide remarkable tools that can be integrated into any of the other full service models being celebrated for their STOP-enabled education,” says the Yass Prize website.

Janine Yass and her husband, Jeff, are the forces behind the initiative, which was originally created to advance the work of education providers that continued to serve children despite the challenges brought on by the pandemic.

The 64 finalists are all guaranteed to receive a STOP Award of $100,000 for their efforts. They now move into the next phase to determine the 32 semifinalists who have the ability to receive a $200,000 STOP Award and will take part in a four week hybrid accelerator program. The applicants will be paired with tech leaders, change agents and investors to identify ways to take their ideas to the next level. At the end of the accelerator process, seven finalists will be named from which the $1 million prize winner will be chosen. The remaining six finalists will each receive a $250,000 STOP Award.

“Education entrepreneurs are a critical piece of the country’s continued economic strength and growth. The work that all of these quarterfinalists are accomplishing to educate the future generations is truly transformative,” said Michael Moe, founder of Global Silicon Valley, an early advisor to this initiative and CER Director.