The Milwaukee Parental Choice Program (MPCP) was created in 1990, and is the country’s first school choice voucher program. The program allows low and middle-income families who live in Milwaukee to enroll their children in private schools that they could not otherwise afford, through the use of an educational voucher.

In its first year, seven private schools in the city accepted 341 students. Today, the MPCP has expanded to include more than 125  schools in the metro Milwaukee area and serves more than 28,000 students annually. The MPCP has no enrollment caps. Most schools that participate in the MPCP enroll both choice and non-choice students.

What choice programs are available to Wisconsin families? 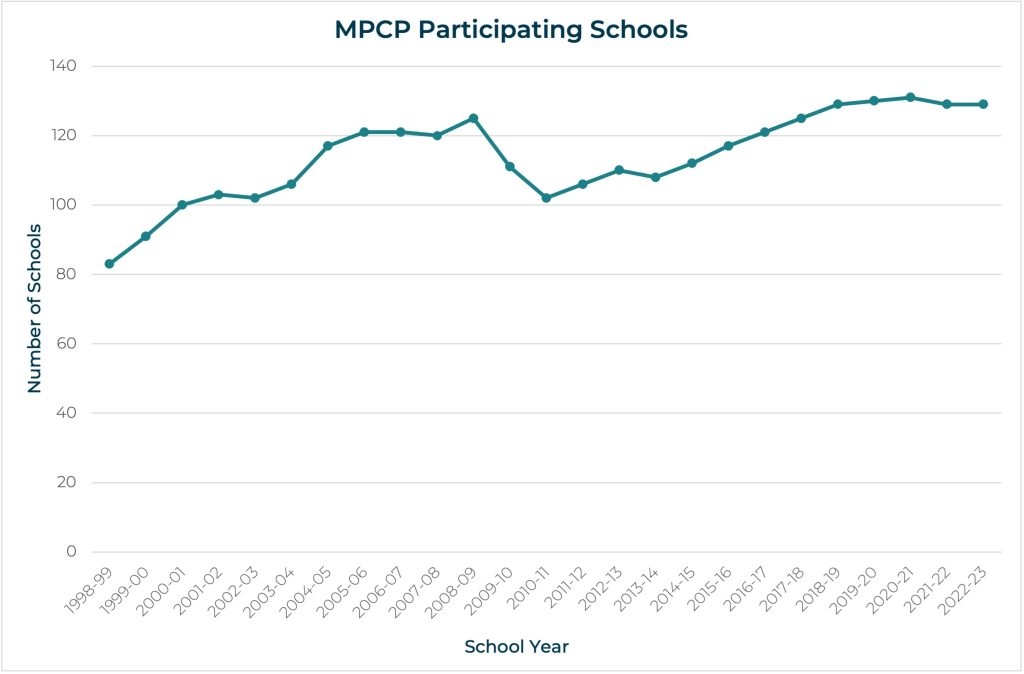 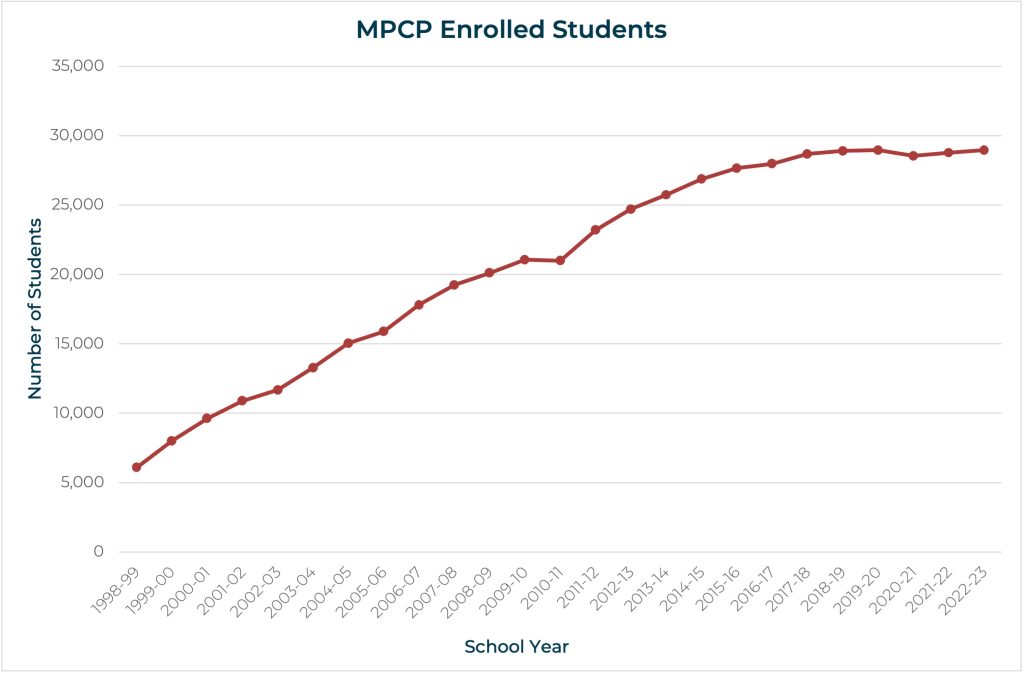 The program was open to students in Milwaukee with a family income less than 175% of the federal poverty level. Private schools had to be nonsectarian, no more than 1% of the enrollment in the MPS could participate, and no more than 49% of a choice school’s enrollment could consist of choice pupils.

Act 27 allowed religious schools to participate and increased the participation limit to 15% of MPS enrollment.

The Wisconsin Supreme Court ruled that it is constitutional for religious schools to participate in the Milwaukee Parent Choice Program.

Act 125 increased the allowable enrollment in the Milwaukee Parent Choice Program to 22,500 students.

Choice schools were required to administer the Wisconsin Knowledge and Concepts Examination (WKCE) to voucher students.

Act 32 deleted the enrollment limit and raised the income threshold to 300% of the federal poverty level.

The voucher amount increased by an amount equal to the increase in state public school funding starting in the 2015-2016 school year.